What is Cap Classique and why do you need to know about these great value wines? 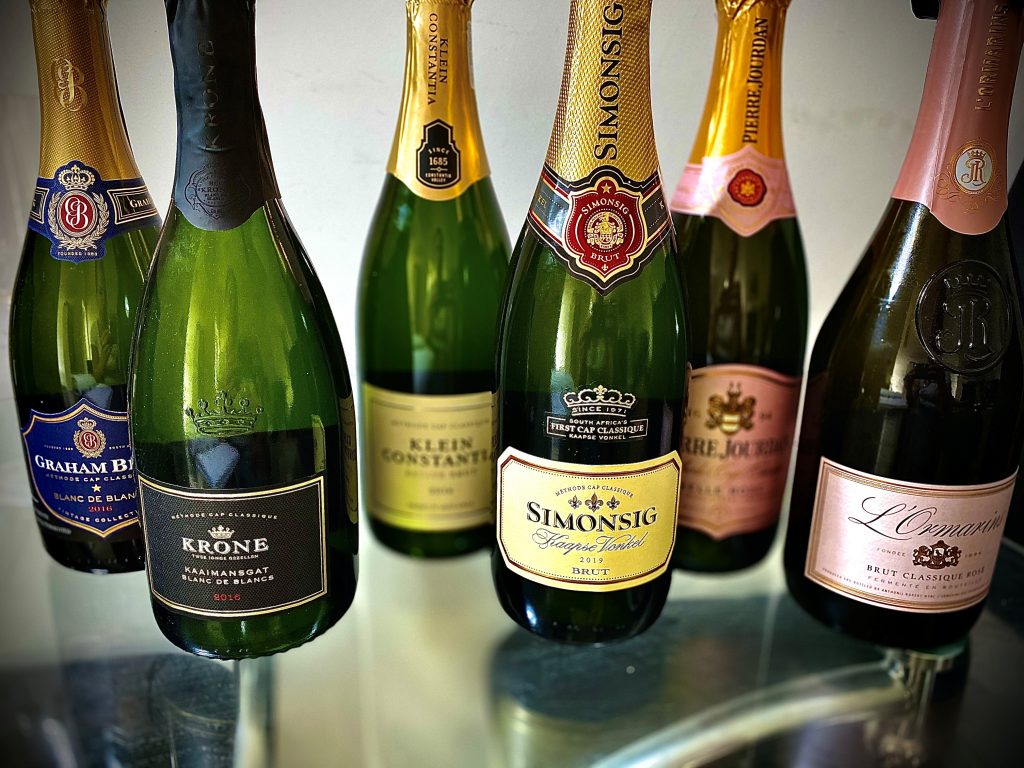 So what is Cap Classique?

Previously known as MCC, which stands for Méthode Cap Classique, the South African producers have recently dropped the M and this wine is now known as just Cap Classique. This name was created in 1992 to give South African wines being made in the same way as Champagne (Méthode Champenoise) their own identity. And in my humble opinion, I believe these could well be the very best value traditional method sparkling wines in the world.

You are most likely to see Cap Classique coming from Stellenbosch, followed by Paarl and then Robertson, however there are more than 32 geographical wards in the Cape producing it. It can be made from any grape varieties, but the majority focus on the Champagne varieties of Chardonnay and Pinot Noir.

The wine must be at least 3 bars of pressure and be aged for at least nine months on the lees (however watch out for official legislation coming out in June this year (2021) for all wineries who are part of the Cap Classique Producers Association (CCPA) where they will need to age the wine for a minimum of twelve months on the lees. This is in line with the same requirements of Champagne. 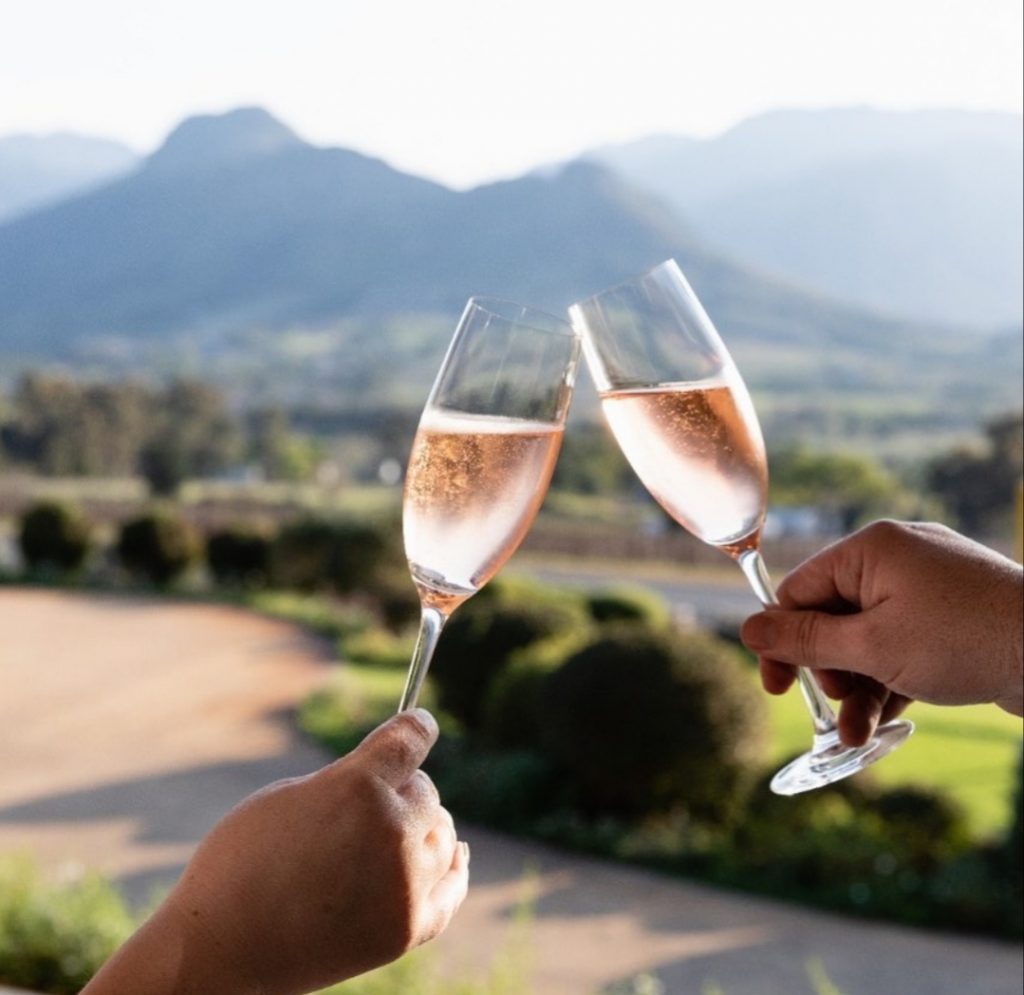 So why are we celebrating?

Well, its been 50 years since the first Cap Classique was given life. We have the winery Simonsig to thank for this back in 1971.

So the story goes like this… Back in 1968 Frans Malan created the first wine under the Simonsig label making him the fifth private producer in Stellenbosch, as everyone else was part of cooperatives at this time. Now this already set him apart, but after releasing several wines, he knew he wanted to offer something different. He always told his friends in regard to expanding his wine knowledge through travel: “I cannot afford not to go” and with that inquisitive mind, in 1969 he set out on what would be a very important trip, one that included a visit to the Champagne region.  He knew he wanted to do something similar in South Africa and so returning home, with no access to Chardonnay and hardly any Pinot Noir, Chenin Blanc became the grape of choice. Experience with sparkling wine production was negligible and trying to find equipment was a nightmare – he even had to make his own pupitre (the wine racks made for riddling wine made in the traditional method).

So he created the first ‘Kaapse Vonkel’, his chosen name as he wasn’t able to use the name Champagne. For 10 years, being the only producer of this style, this wine became the most expensive wine sold in the country, and each wine was sold in its own single box.

In 1982 Frans’s son Johan joined the business and in 1988 with renewed vigor to progress and develop this style of sparkling wine, he called upon the likes of legendary winemakers Jeff Grier (Villiera) and Pieter Ferreira (Graham Beck) among many others to create a base wine tasting (one that still happens annually). With this, they could share their knowledge to improve quality and The Cap Classique Producers Association (CCPA) was formed in 1992. The name for this style of wine was discussed and they eventually agreed on calling this category CAP CLASSIQUE.

In the CCPA’s first year there were 14 founding members, and now there are 84 members. Together they produce 90% of the Cap Classique being made

I am very happy to share that the UK is the number one importer of Cap Classique. Imports for this year were in big growth: 36% in volume (44,894 9L cases) and even more exciting, 57% growth in Value,  spending around £2.5 million this year compared to £1.6 million. Well done UK!

And it is safe to say this category is not going anyway, in fact, I would say it is the one to watch out for, as it appears to be doubling ever 4.5 years.

You already know the inspiring history of Simonsig.

The fruit is sourced from Elgin and Darling. With a blend of 50% Chardonnay, 40% Pinot Noir and 10% Pinot Meunier grown on limestone rich soil. They always pick grapes on the riper side. The Chardonnay is aged in older French oak, and malolactic fermentation is avoided to maintain freshness.

High intensity and highly aromatic. It has a proper lemon meringue nose and even a little lemon sherbet. It’s super fresh with a hint of honey baklava.

Medium bodied on the palate with the lemon expanding into peach. It has vibrant acidity with a soft powdery chalky finish. The wine is well balanced with some weight but a fresh zingy finish. Amazing value!

Located in the Robertson region, Graham Beck is one of the know leaders of Cap Classique wine production known for having their wines served for Nelson Mandela and Barack Obama. Their winemaker Pieter Ferrera is known as ‘Mr Bubbles’ and is a pioneer of South Africa’s sparkling wine industry.

COOL FACT: The date of disgorgement is on the back of each bottle.

100% Chardonnay with 50% of the wine fermenting in French oak (7% new) and then a minimum of 48 months of lees aging before release.

Think lemon scones and all lime cream on the nose with hints of hazelnuts. It has a medium intensity of aromas.

The palate is almost full bodied and zesty with tones of lime and crisp green apples, with a slight lemon peel and soft notes of brioche. Great acidity with lots of creaminess and a great dollop of toast. Only the tiniest bitterness on the finish takes it one notch down from outstanding.

Winemaker Gary Baumgarten brought over buckets of experience to Anthonij Rupert Wines after working at Graham Beck wines among others. Anthonij Rupert was the original winemaker, always with a plan to add a Cap Classique, but sadly died in a car crash in 2001. When Gary saw all the vineyards he was blown away and L’Ormarins label which has disappeared following Anthonij’s passing, was brought back in 2014 with a range of Cap Classique wines.

COOL FACT: They have the first Cap Classique cellars to put in a jetting system in their corking line that stops a random oxidation happening.

This wine is 60% Pinot Noir and 40% Chardonnnay with 28 months on the lees and no malolactic fermentation.

There’s an enticing smoky toastiness along with strawberries and summer fruits.

Really lifted and lively on the palate with soft pretty fruits. There is a real sweetness of red fruits but the wine is dry. It’s very summer on a glass with lots of juicy strawberries. Medium minus in body, elegant with the smokey note following through from the nose.

Based In Franschhoek, the Cap Classique range is named after Pierre Jourdan, one of the first Huguenot’s to be granted property; the Cabrière farm. Talented winemaker Takuan Von Arnim not only knows how to make wine, but also to deliver on point quotes for this wine:

“When you take a sip, it says take another.”

“It would go with salmon….and sunsets”

“You can almost taste the kiss of sunlight in South African” – This one’s not actually his quote, but he did gift us this goodie as well.

A blend of Chardonnay and Pinot Noir, aged on the lees for 12 months.

It’s rather quaffable on the palate with fresh redcurrants and raspberries. Its soft with a medium minus body. Refreshing and full of fruit with a crisp dry finish.

Young winemaker Matthew Day says being able to attend one of the base wine tastings alongside winemaking legends such as Johan Malan and Pieter Ferreira gave him the advice he needed to make the Cap Classique he does today. Klein Constantia is certainly known from its Vin de Constantia (one of the worlds greatest sweet wines) with history dating back to 1685 but their Cap Classique deserves as much attention.

The blend used to have Pinot Noir in it, but now is 100% Chardonnnay. It is aged in barrels for 9 months and the goes through 100% malolactic fermentation.

Lovely fresh lemons and green apples on the nose with a medium intensity. Acacia flowers push through along with hints of honeycombe, and then a slight smoky flinty note.

The wine is medium bodied with this fresh light breeziness to it. Lively lemon flavours with soft toasty brioche. There is a slight creaminess with nice clean sharp bubbles, good acidity and a hazelnut finish.

Krone are a family run winery based in Tulbugh with vines planted on elevated slopes receiving cooling breezes running down from Saronsberg Mountain giving naturally high acidity.
The Kaaimansgat is the FIRST single site Cap Classique wine to be made in South Africa. It’s name translates to “Crocodile’s Lair”. It comes from the Elandskloof ward (about 2hours from the winery) and with vines planted at 700masl.

This wine comes only from free run juice, ages in 2000l foudres for 9 months and then ages on the lees for 36 months.
It’s Extra Brut with 3g/l residual sugar and disgorgement happens in small batches.

High intensity on the nose with fresh lemon with a real fennel edge. It has a gorgeous honey ginger cake note and a touch of cream and butter, along with vanilla bean.

This is such a grown up and complex Cap Classique – pretty expensive for South African Sparkling at around £35 BUT SO WORTH! Knocks the softs off of any Champagne of that price.

In conclusion these 6 wines could not be more different from each other but show quality at an affordable price point. South African is certainly leading strongly with vintage based wines, and this is because as Johan Malan says, their vintages are much more consistent and so it’s not necessarily a requirement to look at blending NV.

Grab yourself a glass and enjoy!

How to serve and preserve your wines

The Atacama Desert – the driest on earth

Get all latest content delivered to your email once a month. Never miss a podcast or article again.